Across the nation, apartment sizes in urban areas are trending toward smaller units. The average unit size in the U.S. fell to 950 square feet in 2012 to 2013, fifty square feet less than a decade ago. Developers in cities are building far more studios and one-bedrooms to meet the needs of higher numbers of singles and couples living alone in urban areas. The development of two-bedroom and larger units has significantly decreased in urban areas.

A major trend in city living around the world is the micro unit—tiny living spaces typically less than 350 square feet, often modular.  A study by the Urban Land Institute found that consumer research shows a strong consumer interest in micro units, driven by the need for more affordable rent and compact living.

Regulations in the past have required minimum square footage to qualify as a new dwelling unit. In New York and Philadelphia, new dwelling unit must be at least 400 square feet, but this requirement was waived by Mayor Bloomberg, who initiated a 2012 design competition for micro units. These units have been prefabricated in Brooklyn and are being installed in a Manhattan complex called My Micro NY on the East side. The 55 units range from 260 to 360 square feet and are being rented for $2000 to $3000 a month. San Francisco passed new legislation to allow trial micro units as small as 220 square feet in 2012. Washington D.C. has set the minimum at 220 square feet. Boston has a 450 square feet requirement, which was waived for a micro unit development project.

If you thought the U.S. micro units are small, Tokyo residents are living in geki-sema share houses. At 50 to 75 square feet, these tiny units are more like storage lockers than houses and cost $586 monthly.

City dwellers are all too familiar with the problem of making small spaces work. We tend to store objects from various stages of our lives, and our possessions continue to grow around us like layers of dust. There is no routine or natural occasion to review or discard objects that have lost their function unless triggered by events like moving to a new home. But the problem is that during those periods of transition, stress is already high and time limited, so it’s an inopportune time to start tidying. 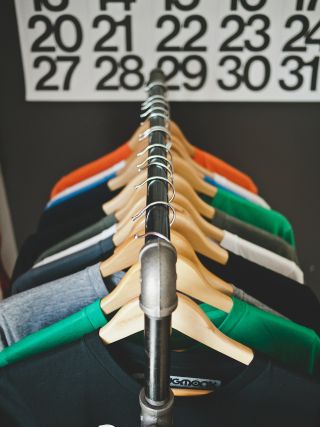 It comes as no surprise that the New York Times #1 best-seller The Life-Changing Magic of Tidying Up: The Japanese Art of Decluttering and Organizing is written by an astute Japanese author Marie Kondo, who has dedicated her life to the pursuit of tidying living spaces. The book is keenly insightful and meditative, inspired by principles found in feng shui and meditation.

Her streamlined method is faithfully represented—from her to-the-point writing style and logical flow of concise points to very compact size of the book itself. She wastes no time or space, and each anecdote illustrates a point. She clarifies common tidying misconceptions and offers practical specific techniques like folding (video here), but her work goes beyond the physical aspect of decluttering and the process is deeply psychological as well.

Here are ten common tidying myths debunked by her book:

Myth #1. Cleaning a little each day is effective.
Kondo points out that this common misconception leads to a constant unending cycle of tidying and does not alter one’s mindset. She instead recommends one concentrated effort or a “tidying festival.”

Myth #2. I’m just not a very organized or tidy person, and I’ll probably always be this way.
People are often discouraged by old negative notions that they have about themselves—often driven by perceptions other people have put onto them. “I’m just a messy person” or “My mother always said I was disorganized my whole life.” Behavioral change requires a realization that you don’t have to be constrained by this negative self-image. Kondo recognizes this problem and contends that every person has the ability to tidy and that it’s not a characteristic of a person but rather something you can learn and change.

Myth #3. Tidying is only an action.
Kondo emphasizes that tidying is about changing one’s mind-set and not just an action. Can our space reflect how we want to live life? She engages the reader to imagine their perfect living space in detail. This visualization exercise allows one to form a clear goal and set an intention that connects to a deeper reflection and mindfulness of one’s desired lifestyle. Kondo points out that “tidying is just a tool, not the final destination.”

Myth #4. Storage is a solution.
Aren’t stacking plastic bins the right solution to a clutter problem? Wrong. Kondo points out that focusing on storage is faulty and leads to hoarding objects that are no longer necessary or useful or that you even know are there. She emphasizes that the first major step is actually discarding rather than the storage or placement of objects.

Myth #5. Tidy by location, one room at a time.
The location approach does not work because objects of the same kind are typically stored in multiple locations in the household. Kondo recommends that you bring out everything of the same kind at once (e.g., clothes, books, papers) to discard by category, not location.

Myth #6. There is no specific order to tidying.
Kondo’s method outlines a clear and distinct order of tidying. Her method parallels exposure therapy methods for those with hoarding or anxiety disorders—start with categories of objects that are less stressful to discard and end with the most challenging. She strongly discourages starting with categories of objects that have sentimental attachment because it is the most challenging to part with.

Myth #7. Whether I should keep an object depends on how potentially useful it is.
Kondo’s standard for whether to discard an object is not tied with a formulaic calculation of its current, past, or future use. She focuses on one’s intuitive emotional connection to the object—the sense of joy that it brings to our lives. Her method is aligned with the central tenets of the positive psychology of goal setting, which focuses on highlighting strengths over weaknesses: “we should be choosing what we want to keep, not what we want to get rid of.” Connecting with feelings of hope and optimism and keeping objects that “spark joy” is more effective than an approach based on getting rid of negative objects.

Myth #8. You can just deal with objects that are out of order and leave them in their natural space when tidying.
When items remain in the same physical location, like books on shelves, Kondo notes that you compromise your ability to truly be mindful of the object and thus cannot truly consider whether you should discard it. She recommends instead bringing out each category—from books to clothes—into plain view on the floor and touch each object to figure out your connection to it. Be mindful and touch each object to figure out if you should keep it. This provides a more effective platform from which to select objects to discard.

Myth #9. If I wish to hold onto something, that must mean that it’s providing me some joy in my life.
Sometimes the reason that you are holding onto an object is not because it’s brings you joy, but because it’s too difficult to let it go. Kondo brings up the relatable case that piece of clothing you never wear because it doesn’t look good on you, but looked great in the store. She encourages a mental shift—to acknowledge that that piece of clothing has already served its purpose by bringing you the joy of getting it at the store and the subsequent knowledge that the color/style/shape doesn’t work for you. Letting go starts by acknowledging the role that an object has already played in your life, rather than holding onto the very low likelihood that it will serve some future purpose.

Myth #10. It’s just the space that I live in, nothing more.
Living spaces are a reflection of one’s mind, mood, and the care we take for ourselves. In turn, a cluttered space can exacerbate a frenetic mind and generate a sense of unease. You likely work less effectively or are more distracted if your work space is cluttered. Building a calm and grounding space in your home and at work builds a strong foundation to center yourself in general. Kondo observes: “Your real life begins after putting your house in order.”

With living spaces around the world becoming increasingly smaller, the need for decluttering grows ever more pressing. Kondo’s method allows us to consider with intention and awareness how we can surround ourselves in a way that brings us joy. After discarding unecessary items and tidying your home, you might just find yourself lighter and with an improved sense of clarity.